Joseph Boyden is one of Canada’s most celebrated writers. He’s also an acclaimed and award-winning essayist and public speaker. His work is published in 25 languages.

After publishing his short story collection, Born With A Tooth in 2001, his debut novel, Three Day Road, was published in 2005 and quickly became an international bestseller. Chosen by Isabel Allende for The Today Show Book Club, it won numerous awards including the Rogers Writers’ Trust Fiction Prize, Amazon First Novel Award, and the McNally Robinson Aboriginal Book of the Year.

Boyden’s second novel, the international bestseller, Through Black Spruce, published in 2008, won Canada’s most prestigious literary prize, the Scotiabank Giller, and both the Canadian Booksellers Association Libris Book of the Year and Author of the Year awards; In 2018, director Don McKellar debuted Through Black Spruce as a major motion picture at the Toronto International Film Festival.

Joseph’s third novel, the international bestseller, The Orenda, was published in 2013 and won Canada Reads in 2014, as well as Libris’ Novel and Author of the year. In 2015 The Orenda was awarded France’s Prix Literaire du Monde and the France/Canada Prize. It was also a finalist for the Governor General’s English Language Prize and the Scotiabank Giller Award.

His novella Wenjack, published in 2016, became a bestseller and was highly praised by critics and readers alike.

In 2012, Boyden received the Queen Elizabeth II Diamond Jubilee Medal for his contributions to Canadian art and culture. Made a member of The Order of Canada in 2016, Joseph’s also been honoured with five honorary doctorates.

With over 25 years of teaching experience, he’s been a member of the creative writing faculty at the Institute of American Indian Arts in Santa Fe, New Mexico and the University of British Columbia’s Creative Writing Program, as well as a visiting writer at numerous universities across North America, including Humber School for Writers. He has taught countless half-day, one-day, and week-long workshops throughout North America, and for over a decade he was a professor and the writer-in-residence at the University of New Orleans.

An honorary witness for the Truth and Reconciliation Commission, Joseph was asked by the TRC and Royal Winnipeg Ballet to write Going Home Star, a ballet that debuted in 2014 and subsequently travelled across Canada and internationally. In 2015, Joseph gathered 100 artists to collaborate in the anthology Kwe: Standing With Our Sisters with all proceeds going to the families of Murdered and Missing Indigenous Women. Joseph sits on the board of the Canadian Civil Liberties Association. He and his partner, Laura Vukson, live with their two sons near Parry Sound, Ontario. 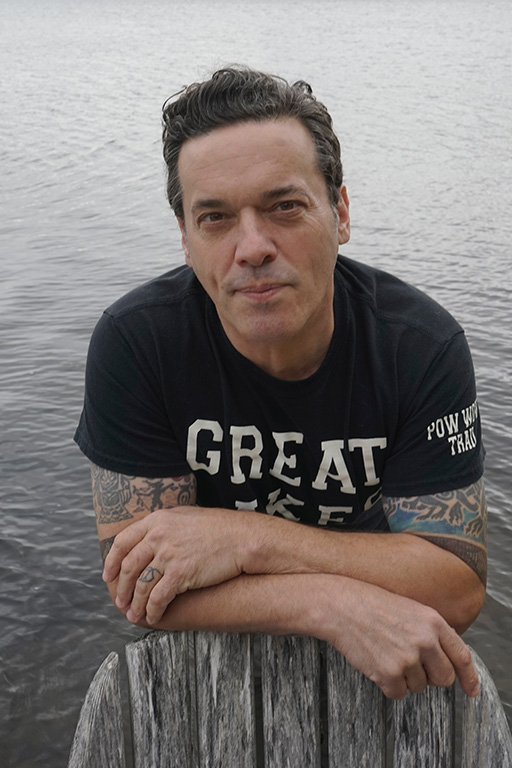 The true tragedy of Attawapiskat

The hurting: What can even begin to stem the tide of brutal loss?

JOSEPH BOYDEN’s first novel, Three Day Road, was selected for the Today Show Book Club, won the Rogers Writers’ Trust Fiction Prize, the CBA Libris Fiction Book of the Year Award, and the Amazon.ca/Books in Canada First Novel Award, and was shortlisted for the Governor General’s Award for Fiction. His second novel, Through Black Spruce, was awarded the Scotiabank Giller Prize and named the Canadian Booksellers Association Fiction Book of the Year; it also earned him the CBA’s Author of the Year Award.  Read more

Drop Us a Line

Don't be shy. Let us know if you have any questions!

Where to find us

We use cookies on our website to give you the most relevant experience by remembering your preferences and repeat visits. By clicking “Accept”, you consent to the use of ALL the cookies.
Cookie settingsACCEPT
Manage consent

This website uses cookies to improve your experience while you navigate through the website. Out of these, the cookies that are categorized as necessary are stored on your browser as they are essential for the working of basic functionalities of the website. We also use third-party cookies that help us analyze and understand how you use this website. These cookies will be stored in your browser only with your consent. You also have the option to opt-out of these cookies. But opting out of some of these cookies may affect your browsing experience.
Necessary Always Enabled
Necessary cookies are absolutely essential for the website to function properly. These cookies ensure basic functionalities and security features of the website, anonymously.
Functional
Functional cookies help to perform certain functionalities like sharing the content of the website on social media platforms, collect feedbacks, and other third-party features.
Performance
Performance cookies are used to understand and analyze the key performance indexes of the website which helps in delivering a better user experience for the visitors.
Analytics
Analytical cookies are used to understand how visitors interact with the website. These cookies help provide information on metrics the number of visitors, bounce rate, traffic source, etc.
Advertisement
Advertisement cookies are used to provide visitors with relevant ads and marketing campaigns. These cookies track visitors across websites and collect information to provide customized ads.
Others
Other uncategorized cookies are those that are being analyzed and have not been classified into a category as yet.
SAVE & ACCEPT